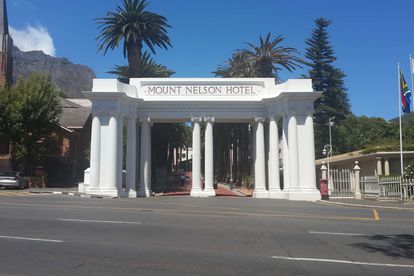 A group of five men believed to have been involved with the robbery at the Belmond Mount Nelson Hotel earlier in the week has been arrested, apparently just before executing another theft in Claremont.

According to the Daily Voice, South African Police Services (SAPS) Commander for the Grassy Park Police Station Colonel Dawood Laing confirmed the men were stopped just prior to robbing a shop in Claremont.

They linked the men to robberies at the Belmond Mount Nelson and a Pep Stores earlier in the week because of the cars they were driving.

“They robbed Pep Stores on Tuesday and took cash and cellphones. They were armed and threatened the staff and were seen fleeing in a Toyota Avanza,” Laing said.

“They were about to rob a cellphone shop, but the officers got them.

“One of them, with a firearm, jumped out and three men escaped in a VW Polo which is believed to be involved in the Mount Nelson robbery. Officers arrested five men in an Avanza and found a gas gun in the vehicle.”

Earlier in the week, 15 men armed with two guns incapacitated the gate guard at the Mount Nelson Hotel before proceeding into the hotel and robbing both staff and guests.

“We can confirm that an incident occurred on Tuesday 16 July at Belmond Mount Nelson Hotel. The members of staff and four guests affected are safe,” the hotel said in a statement at the time.

Police were suspicious the incident may have been linked to a slew of other robberies around the province because of the familiar methods used.

Having five of the men and one of the vehicles in custody will go a long way towards helping the police confirm their suspicions.

“Officers are now investigating whether they can be linked to a spate of other robberies where the same modus operandi was used.”