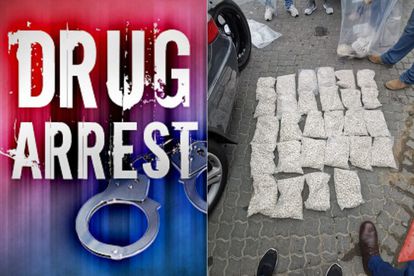 A 38-year-old man is expected in court soon after 33 000 mandrax tablets were found in his vehicle. Photo: saps.gov.za

A 38-year-old man is expected in court soon after 33 000 mandrax tablets were found in his vehicle. Photo: saps.gov.za

The Directorate for Priority Crime Investigation (Hawks) South African Narcotics Enforcement Bureau (SANEB) along with others confiscated drugs with a street value of R1.3 million in Somerset West.

The Hawks worked with Crime Intelligence Counter Narcotics and Gangs as well as Public Order Policing (POPS) on Saturday, 10 September. They arrested a 38-year-old male who was found in possession of the drugs.

According to the Hawks spokesperson Zinzi Hani the team was responding to information about a vehicle that was suspected to be carrying a consignment of drugs. The vehicle was on its way to Cape Town.

“The information was operationalised with a strategic deployment,” said Hani.

The suspect had 33 000 mandrax tablets in his vehicle

The team pulled the vehicle over on Sir Lowry’s pass. They searched the vehicle and the members found 33 000 mandrax tablets. The vehicle, a silver Mercedes-Benz, was seized.

The 38-year-old man is facing a charge of dealing in drugs. He is expected to make his first appearance before the Strand Magistrate’s Court on Monday, 12 September.

Previously, it was reported that Mhluzi police members arrested a 71-year-old for the possession of drugs. According to South African Police Service spokesperson in Mpumalanga Brigadier Selvy Mohlala, officers were patrolling Extension 08 after receiving information about drugs that were sold at a certain house.

Police went to the house and proceeded to conduct a search. The SAPS members found 15 pitches of a ‘brownish powder’ they believed to be nyaope. nyaope is a mixture of drugs including heroin, cannabis products, antiretroviral drugs and other items added as ‘bulking agents’.

The 71-year-old suspect was subsequently arrested and the substance was confiscated for further investigation. The elderly suspect is expected to appear before the Emahlahleni Magistrate’s Court on Monday, 12 September. Read the full story here.