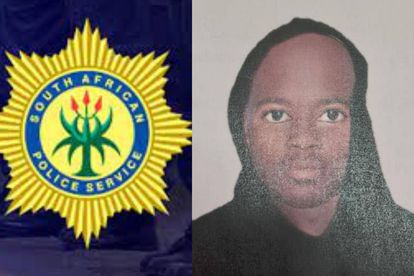 The identikit of one of the suspects linked to a rape case in Northern Cape. Photo: SAPS/ Facebook,

The identikit of one of the suspects linked to a rape case in Northern Cape. Photo: SAPS/ Facebook,

An identikit of one of the wanted suspects linked to a gang rape incident last month in the Northern Cape has been officially released by the police.

Spokesperson for the police Lieutenant Colonel Sergio Kock said that the Family Violence, Child Protection and Sexual Offences unit are seeking assistance in tracing a person of interest in an alleged Batlharos rape case.

This after a female was gang raped by two men this past Sunday.

“The female complainant reported that on Sunday, 31 July 2022 at about 03:50, she was on her way home from Gamonare Section in Batlharos, Kuruman when she was accosted by two unknown men.”

Kock said the men dragged her into a nearby abandoned house and raped her several times. “The suspects also robbed her of R300 and a cellphone,” he said.

“The complainant described one of the suspects as being 1.55m in height, between 22 and 29 years old, dark in complexion, slender and was wearing a black hoodie.”

This incident follows the disturbing gang rape of eight models by illegal miners on the West Rand in Gauteng. A crew and eight girls were intimidated and raped while shooting a music video in the mine dumps of West Village in Krugersdorp.

A joint police operation led to the arrest of 81 illegal miners, most undocumented foreign nationals. The suspects appeared in the Krugersdorp Magistrate’s Court where they abandoned bail.
The 81 accused are set to return to court again on 10 August. However, we are yet to learn who among the suspects is linked to the gang rape.