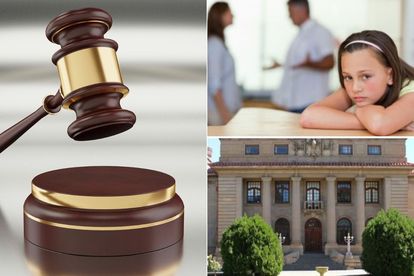 A heated custody battle over a four-year-old girl has been settled by the Supreme Court of Appeal (SCA). The battle stemmed from the girl’s dying mother’s wish for her child to stay in South Africa with her Aunt. The little one’s father attempted to take his daughter back to the United Kingdom (UK).

A custody battle ensued after the father returned to the UK

The mother, unfortunately, passed away from colorectal cancer. She was diagnosed in April 2019 while still residing in the UK. She gave birth to her daughter in 2017 and remained unmarried.

The woman then decided to seek further treatments for her condition in South Africa and came to the country with her daughter.

The child’s father, who was in SA with them, returned to the UK. While the father returned to his home, the four-year-old was cared for by her maternal aunt and grandmother.

The child’s mother became increasingly ill and expressed her dying wishes. In the event of her death, she wanted her daughter to remain in SA and be raised by her aunt.

The child’s father was unhappy and approached the Central Authority for England and Wales. He submitted a request for his child to return to the UK. After the mother opposed this, the father turned to the Western Cape High Court.

He changed his mind and allowed his daughter to stay with her mother until she passed. Three days after the mother died, the court delivered its judgement in which the child was ordered to return to the UK.

The child’s aunt made her way to the Supreme Court to fight for custody, reports IOL. The court inevitably ruled in the aunt’s favour. It stated that the little one was unlikely to remember the UK as her home and that there was uncertainty about the quality of care should we receive.