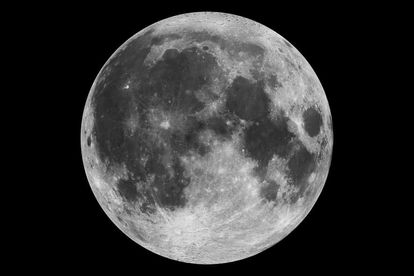 The moon will appear larger than usual, especially during its rising and setting time because it will be closest to in its orbit around Earth. This is also known as a perigree

Will it be visible from South Africa?

It will be visible in the northern parts of the country, but everybody else should still be able to get a glimpse of the super moon.

It is, after all, bigger and brighter, but visibility will also depend on the weather.

Johannesburg, luck may just be on our side. It’s mostly sunny today and will be clear from around 19:00, while Capetonians will have to deal with some clouds today. It will be partly cloudy for most of the afternoon and evening.

Limpopo peeps have the all clear today. Not a cloud in sight all through the afternoon and evening, if Accuweather is to be believed.

What time is the super snow moon?

The super snow moon is expected to reach its peak on Tuesday 19 February. Set your alarms for 17:50 and be ready for the moonrise just before 18:00. The moon will be full only six hours after it reaches the perigee distance of its orbit.

If you miss out tonight, don’t despair. The super snow moon is the second of three supermoons for the year, with the next one happening on 19 March.

Why is it called a ‘snow moon?’

Different types of full moons have different names. The January full moon was known as a wolf moon, while march’s moon has the unfortunate name of ‘worm moon.’

The February full moon got its name due to the heavy snowfall that is associated with the month. It’s also been called “bone moon” or “hunger moon” due to the lack of food during the winter in northern hemispheres.

Read – Super snow moon: Everything you need to know