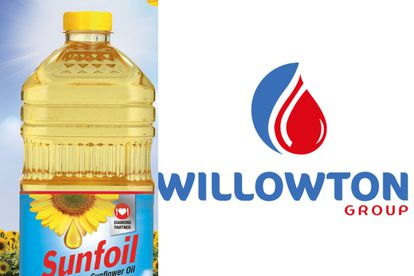 Willowton Group offers a reward of R100 000 for information that may lead to the arrest of the wanted suspects. Photo: Willowton Group/ Facebook.

Willowton Group offers a reward of R100 000 for information that may lead to the arrest of the wanted suspects. Photo: Willowton Group/ Facebook.

Sunfoil manufacturer, Willowton Group is offering a whopping R100 000 reward to any person that would lead them to the successful apprehension and recovery of their stolen goods.

This after the Sunfoil manufacturing giant put out a public notice about the incident.

“The Willowton Group regretfully announces that one of their warehouses was raided by an armed group of men on Wednesday, 5 October 2022”.

According to the company, a substantial quantity of 2L Sunfoil cooking oil was taken.

THE COMPANY HAS INVOLVED THE POLICE TO ASSIST ON THE CASE

The company also indicated that it is working with the police to track down the stolen goods using the known batch numbers.

“A reward of 100 000 is being offered for any information that would lead to the successful apprehension of these perpetrators and/or the recovery of the stolen goods,” said the company.

ALSO READ: Angry residents call on Sunfoil to clean up their Dusi mess

COMPANY PROMISES TO PROTECT INFORMANTS AT ALL COSTS

Informants have been advised to report any information to 082 888 7813 – the company also guaranteed that all information will be treated with the strictest confidence.

Cooking oil has been on a sharp rise following the war between Ukraine and Russia which affected the supply of sunflower and wheat to the country.

The current price of a 2L cooking is a little over R100 at leading retail stores. This price is almost 50 per cent higher compared to the price two years ago.

Theft of such pricy commodities is usually stolen to be sold in the black market for less value. However, the Willowton Group has warned consumers against such illegal trades.