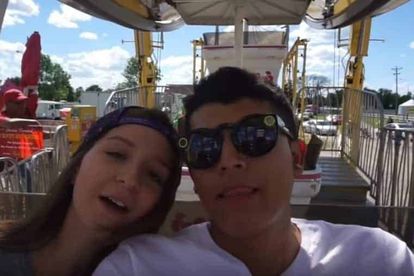 On Monday, a 19-year-old girl shot her boyfriend after a video stunt went wrong in the U.S.

Monalisa Perez was arrested after she shot her boyfriend Pedro Ruiz III, 22, in the chest with a gold Desert Eagle .50 caliber handgun on the grass outside their home in Norman County. The stunt involved Ruiz holding up a hardcover encyclopedia to block the bullet.

The NBC reported that the two were aspiring to make it big on YouTube.

A criminal complaint filed that night added that Ruiz wanted to make the video in order to grow their followers on YouTube. He also reportedly practiced shooting books and showed off one that a bullet did not penetrate to ultimately convince Perez.

Presumably just before they filmed the stunt, Perez tweeted a message telling followers, “Me and Pedro are probably going to shoot one of the most dangerous videos ever. HIS idea not MINE.”

Me and Pedro are probably going to shoot one of the most dangerous videos ever?? HIS idea not MINE?

The couple had a GoPro Camera set up on the back of a car and another on a nearby ladder to record the stunt. Once they were filming Perez shot through the book Ruiz held in front of his chest from a foot away.

She proceeded in calling 911 but he was pronounced dead at the scene.

Perez, who is pregnant with the couple’s second child, was charged with second-degree manslaughter and could face up to 10 years in prison and/or a fine of $20,000.

HAVING SECOND THOUGHTS| such A scary feeling, but we overcome? #secondthoughts #vlogger #FamilyHustle #GUILTY https://t.co/wBDZbQFVQ2

The two have been making videos together for a YouTube channel called La MonaLisa. Their description reads: “Our Vlogs will show you the real life of a young couple who happen to be teen parents. From highs to lows. Achievements to struggles. Join the fun, Follow our journey!”

They proceeded in uploading all kind of videos showcasing stunts, challenges, pranks and fails.

Ruiz said in the video titled ‘Doing Scary Stunts at the Fair, Part I‘ that he is equally excited.

DOING SCARY STUNTS AT THE FAIR | PART 1 https://t.co/Et7vpukwmr via @YouTube