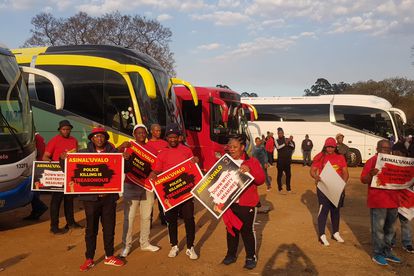 Tshwane Metro Police officers will be deployed to monitor the march to the Union Buildings by POPCRU. Image via Facebook/POPCRU.

Tshwane Metro Police officers will be deployed to monitor the march to the Union Buildings by POPCRU. Image via Facebook/POPCRU.

Pretoria motorists have been cautioned to use alternative routes as the Police and Prisons Civil Rights Union (POPCRU) will embark on a march to the Union Buildings on Tuesday, 20 September.

POPCRU is demanding the implementation of all signed collective agreements, salary and danger allowance increase, and access to a portion of pension funds before retirement.

The members of the union are expected to disperse from Union Buildings at 15:00.

TMPD spokesperson, Superintendent Isaac Mahamba said  officers will be deployed to monitor the march and all affected streets.

Mahamba also advised motorists  to avoid affected streets and use alternative routes such as:

WHAT IS THE POPCRU MARCH ABOUT?

The union said following numerous engagements and consultations with its structures across the country, they came to a decision to take to the streets in demonstrating long-held dissatisfactions with the snail’s pace manner in which worker issues, especially within the criminal justice cluster, have been handled by the employer.

POPCRU’s memorandum of demands to both the National Treasury and the Presidency will among other things speak to issues related to the following: