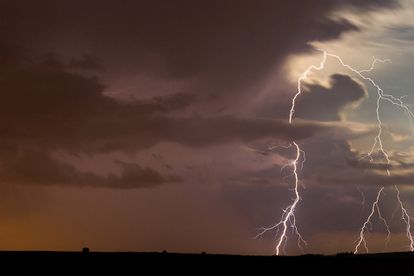 Gauteng residents should prepare for cold and wet weather this weekend.
Photo: Pixabay

Gauteng residents should prepare for cold and wet weather this weekend.
Photo: Pixabay

Weather forecast indicates that Gauteng residents should brace themselves for a third consecutive week of rain and cold temperatures.

Last weekend, a level 4 rain warning was issued by the South African Weather Service (SAWS) and it had been pouring the week before that one.

WEATHER FORECAST FOR GAUTENG THIS WEEKEND

“Road users are once again reminded that such conditions present unique challenges that include reduced visibility, reduced steering ability, reduced traction as well as increased time and space to bring vehicles to a stop.

“The Department will continue to monitor provincial routes that are prone to flooding and debris.”

READ: ‘This winter will be cold’: Weather forecasting for April, May, June

The department’s emergency road maintenance teams were also on standby to provide assistance to disaster management services. Mamabolo said  the team was specifically prepared for excessive flooding and damage to roads.

COLD WINTER AHEAD FOR SOUTH AFRICANS

The South African Aviation Weather Centre said that this year’s winter will be cold than previous ones.

There already have been predictions about this and judging by extremely cold temperatures in parts of the country it will be really cold.

Earlier this month, Lesotho was blessed with some beautiful snowfall. Even though some snow was also expected in Drakensberg, it seems the mountains remained snow-free.

According to the Aviation Weather Centre, Autumn and winter are generally not wet months unless one is in the western part of the country. However, tables have turned and they are expecting ABOVE NORMAL rainfall for most parts of the country, except for the west.

The Eastern Cape and Western Cape are expected to have BELOW NORMAL temperatures (which means it will be extremely cold) while the rest of the country is not so cold.