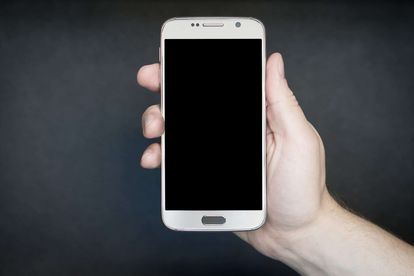 At the top of every South African’s wishlist is cheaper mobile data costs. That’s what Home Affairs are currently using in their citizenship tests: If you’ve never moaned about data prices, you aren’t truly a Saffa.

We jest, but years of campaigns and pleas – spawning the famous #DataMustFall hashtag – seem to have finally caught the attention of the right people. Not only did Cyril Ramaphosa explain how the stimulus package would allow for data costs to fall, but things are happening elsewhere to alleviate prices:

#DataMustFall – why we’re finally getting what
we want:

What is radio spectrum, and how does it affect data costs?

Ramaphosa boldly announced that part of his rescue mission for South Africa involves the allocation of high-demand radio spectrum, which will make data cheaper:

“The process for the allocation of high-demand radio spectrum to enable licensing. This will unlock significant value in the telecommunications sector, increase competition, promote investment and reduce data costs.”

Not many people will be familiar with radio spectrum – and how it affects data – so we’re going to try and clear this one up. The “spectrum” refers to the range of frequencies that media broadcasters and mobile networks can use. The likes of SABC and Vodacom have to operate within a limited band.

However, by increasing this range – and freeing up more space for these companies – this will invite network operators to apply for more licenses and provide even easier access to consumers.

By increasing the amount of spectrum, more money can be generated for the companies. Therefore, this “dividend” will be used to subsidise mobile data costs. The Presidency said they will allocate spectrum in the 2.6GHz, 700MHz, and 800MHz frequency bands.

Okay, so we’ve got Cyril’s word for it, but the wheels are already in motion on this one. The government seem keen to win this battle, given that a reduction in data prices would be a huge PR victory for the ANC ahead of the 2019 elections.

The Competition Commission will next month hold public hearings for the Data Services Market Inquiry. The Commission initiated the Market Inquiry following numerous complaints relating to data services in South Africa. Their gathering on 17 October will look to conclusively prove data costs are too darn high.

As more and more people are gaining rapid access to the internet, the world is preparing itself for the next advent of connectivity. The introduction of fifth generation technology – otherwise known as 5G – is set to replace 4G and LTE within the next 18 months.

Japan is likely to be the first country to get 5G rolling. They have plans for a rollout early in 2020. It will operate at a much faster rate to 4G and has been reported to be “at least 10 times more reliable” than its predecessor.

Alongside a spectrum increase, introducing a 5G network to Mzansi is expected to force networks to make costs cheaper. After years of asking, it seems like South Africans will finally get their wish.