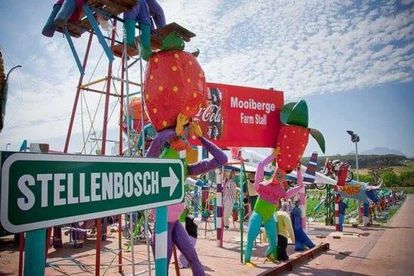 A Stellenbosch farm murder has left the local community in mourning as they process the news that Jeffrey Zetler, owner of the popular Mooiberge Strawberry Farm Stall, was murdered on his wife’s 59th birthday.

Zetler was transporting his workers back home on Saturday when four men appeared in a Toyota Quantum. One man had a firearm while the other had a knife.

The men then ordered him to go to his office and told him to open the safe.

ER24 has confirmed that it responded to a scene where a man had died following stabbings in an alleged robbery on a farm.

Zetler was a big deal in the agricultural sector and there have been reports that his strawberry farms produce 60% of the total market share for major retailers.

Family spokesperson Mark Kaufman told IOL that they have been receiving tremendous support from the local farming community.

“His wife is receiving counselling from their rabbi, and their daughters and grandchildren, along with the rest of the family, are here to support her during this difficult time. Jeff was working yesterday, on his wife’s birthday. This happened as he was transporting workers home,” Kaufman said.

“According to reports, the 62-year-old deceased paid out wages to the staff and provided the workers with transport. He was driving the vehicle with employees at the back when they reached the farm gate. The victim exited the vehicle in order to open the gate.”

The two suspects then approached the vehicle and ordered the workers off of the bakkie. Zetler was taken to his office, robbed of his possessions and then stabbed.

He succumbed to his injuries a few minutes later.