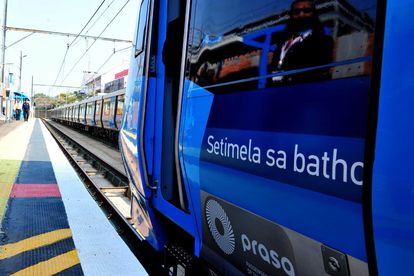 Laptops supposedly containing crucial evidence have been stolen days before the Passenger Rail Agency of South Africa (Prasa) was due to  present evidence to the Zondo Commission of Inquiry into State Capture.

City Press reported that an unknown number of suspects are alleged to have broken into the offices of Advocate Schabort Potgieter on Friday 14 February and stolen six laptops containing state capture evidence.

The thieves are alleged to have gained entry to the building on Soutpansberg Road in Riveria, Pretoria, by grinding down burglar bars and entering through the window.

Evidence was kept in a safe in the offices, but once inside, they found their way into the safe.

Potgieter is Prasa’s council for the state capture commission proceedings.

TheSouthAfrican.com have reached out to police for comment. However, no response has been forthcoming.

Mass corruption is alleged to have occurred at Prasa during the tenure of former CEO Lucky Montana, who withdrew from testifying at the commission in November 2019.

He had previously charged that no state capture of any sort had occurred during his time at the helm of Prasa.

In 2019, Cyril Ramaphosa tasked the Special Investigating Unit (SIU) with looking into contracts and payments made by Prasa to help uncover corruption and recover money lost.

They are currently without representation in the above-mentioned case despite calls from Transport Minister Fikile Mbalula and President Cyril Ramaphosa for them to do so.

Werksmans Attorneys, which has been handling the Siyengena matter from the outset, has not been paid up to date and have withdrawn their services.