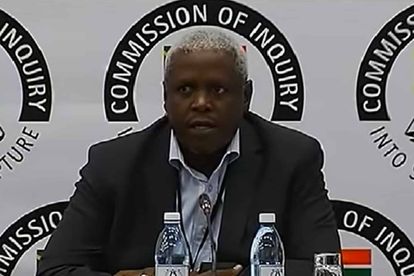 The State Capture Inquiry has, after a long and strenuous day, adjourned proceedings until Wednesday.

Mxolisi Dukwana, the former Free State Economic Development MEC, was scheduled to begin his testimony, on his return to the inquiry, at 09:00.

However, a legal tussle between Dukwana’s attorney and that of a witness known to the State Capture Inquiry only as Mr X, pushed proceedings well into the afternoon.

Mxolisi Dukwana: A recap of his first testimony

Dukwana returned to the State Capture Inquiry to give more details around his encounters with the Gupta family, and to further implicate key government figures like ANC Secretary-General, Ace Magashule, former Free State agriculture and rural development MEC Mosebenzi Zwane, and others.

During his debut testimony, Dukwana had alleged that it was Magashule who had arranged meetings between him to the Gupta family.

The first meeting, according to Dukwana, was allegedly at the Midrand Sahara family business premises in February 2008, while the second one allegedly took place at the infamous Saxonworld compound, four years later.

Asked about his relationship with Magashule, Dukwana revealed that no love was lost between the two, especially after the damning allegations he had made against him during his first round of testimony.

He indicated that Magashule had made idle threats during an interview with eNCA, where he told the reporter that he was going to take Dukwana and others who’ve spoken ill about him, to court.

Dukwana says his attorneys have not yet received any correspondence such as a letter of demand for him to retract his submissions at the commission nor legal documents from Magashule, he says he stands ready to face Magashule at any court in the republic.#StateCaptureInquiry

Dukwana made it abundantly clear that should the day come, he was prepared and more than willing to take have his allegations tested in a court of law.

Evidence leader, Advocate Phillip Mokoena asked Dukwana why he was so forthcoming about the corruption he has witnessed. In his response, the former MEC noted that he could no longer sit by and watch Gupta lieutenants like Magashule hand the country over to a notorious family like the Guptas.

Dukwana says as a disciplined member of the ANC, he has responded to a call made the ANC to be of assistance to the Commission in its constitutional obligation to unearth and reports acts of state capture and corruption.#StateCaptureInquiry

“If I were to be silent, I would have surrendered the hard-won freedom to the dustbin of corruption at the altar of creed and risked to be judged harshly by the generations to come,” he said.

In retrospect, Dukwana regretted the fact that he was one of the few comrades who rallied for the propulsion of Magashule to the seat of power in the Free State.

He admitted to being at the centre of campaigning for Magashule at a time when former presidents such as Nelson Mandela and Thabo Mbeki had overlooked him.

“When the PEC under Magashule’s leadership was disbanded during the Presidencies of Mandela and Mbeki in the ANC, I supported Magashule,” he charged.

However, the true horror of his choices would come to haunt him when the ANC Secretary-General became the Premier of Free State.

Dukwana says in every Provincial Departments where Magashule had served in, he says Magashule would just tell him to fire certain people for unknown reasons.#StateCaptureInquiry

Since Dukwana’s testimony had only started at 14:00, there was not enough time to squeeze more details out of him about Magashule’s underhanded dealings.

However, when the inquiry returns on Wednesday, we can expect to pick up where Dukwana left off and get more first-hand accounts of just how powerful Magashule is in the Free State.