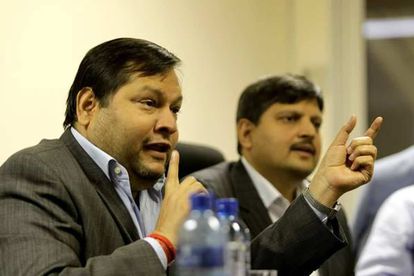 It was another day of bombshells at the State Capture Commission on Friday, 25 June 2021, when Paul Holden from Shadow World Investigations testified that the Gupta brothers essentially used ill-gotten money to purchase Optimum Coal Mine.

Holden wrapped up his evidence, in which he explains the flow of monies from the state to the Gupta brothers and some of their associates.

In 2016, the Guptas’ Tegeta Resources bought Optimum Coal Mine for R2.1 billion. Holden told the State Capture Commission that he believed the Asset Forfeiture Unit had grounds to seize the mine, in that respect.

“The Gupta enterprise used criminal funds derived from state capture to purchase the assets – and that’s Optimum – through a system that effectively sees criminal money from the state being used as a source of finance advanced to the Gupta enterprise,” he said.

“The Guptas then used these criminal funds to pay the bridging fund that had been raised from criminal funds earlier. The end is that the state ended up paying for over half this asset and suffered huge collateral harm”

Optimum Coal was among a number of enterprises owned by the Gupta family that were placed in business rescue in February 2018. Optimum Coal was partially funded through a series of pre-payments that Eskom had made for coal to Tegeta Exploration and Resources, and other companies including Trillian and Giffton Line Trading.

As we all know by now, the extent of the Guptas’ involvement in state capture runs deep: In one of his earlier testimonies at the State Capture Commission, Paul Holden revealed how Homix, a shell company linked to the family, was paid more than R324 million from six contracts.

Homix was flagged by the Reserve Bank, after it transferred funds to an offshore account in Hong Kong. It is alleged to have bagged nearly R40 million for facilitating a deal between Transnet and Neotel.

“The first entrant is Transnet, including contracts involving McKinsey, which pays a large number of funds into Regiments. The second is SA Express which also does the same, from Regiments between April 2014 and 2015 an amount of R175 516 583.48 is paid from those sources to Homix. And the Neotel contracts are in relation to contracts that were awarded from Transnet to Neotel.”