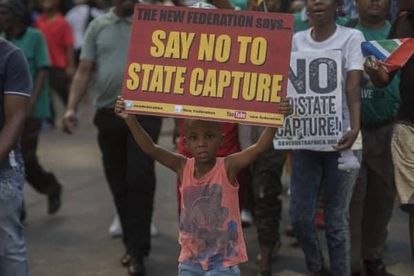 It’s taken seven months for hearings to get underway, following the initial motion for investigation into gross nepotism and corruption which was tabled by then president, Jacob Zuma.

Zuma and his son, Duduzane, are both in the hot seat for their nefarious dealings with the infamous Gupta family. Buckling to public pressure, Zuma commissioned the inquiry shortly before his unceremonious recall from the presidential position.

Purpose of the state capture inquiry

Spurred on by the former public protector Thuli Madonsela and her report into state capture, the Commission of Inquiry is tasked with uncovering and investigating all allegations relating to state capture, which includes corruption and fraud in the public sector.

As part of its investigative mandate, the commission will be calling various key-players to testify on the prevalence of state corruption during Zuma’s tenure – these include both political and private entities.

The Gupta’s sure did have their fingers in a lot of unsavoury pies during their time in South Africa.

Nobody could forget the Gupta-leaks email revelations and the hilarity of the Saxonwold shabeen. All these micro-interactions spun a web of lies which is now set to formally unravel, before the judicial eye.

Mcebisi Jonas is set to testify. It’s alleged He was offered a bribe by the Guptas to become minister of finance, in an underhand deal that involved Duduzane Zuma.

Themba Maseko, the former head of government communications, who was roped into dubious dealings by Msholozi, and tasked with assisting the Guptas.

Vytjie Mentor, one of the lead whistleblowers in the Gupta saga, was allegedly offered a Cabinet job under suspect circumstances.

All these and many more witnesses are set to deliver their accounts on state capture at the commission’s headquarters in Parktown, Johannesburg.

What about Jacob Zuma?

The former president is the main thread of deceit which entangles the issue of state capture. It’s argued that Msholozi’s dubious dealings with the Gupta’s initially infected government and spread the rot outwards towards dodgy tender deals and financial irregularities within state-owned enterprises.

The Sunday Times reports that the commission has been in touch with the former president to inquire about his availability to assist the commission. Whether he will be a part of the inquiry is still to be seen.

The Judicial Commission of Inquiry hearings will be open to the public and will also be broadcast live.

Public Protector: Progress being made in Phala Phala probe