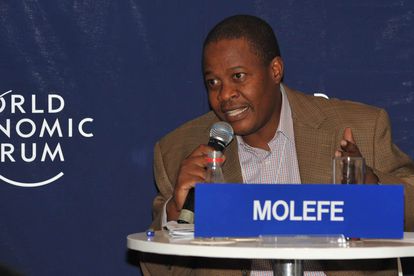 Former Eskom Chief Executive Brian Molefe has told the State Capture Commission that he resigned from his post at the utility in 2016, in the wake of then public protector Thuli Madonsela’s scathing report. Molefe took the stand for a third day at the commission on Wednesday, March 3, 2021, and explained the circumstances surrounding his appointment and subsequent resignation.

“I was nevertheless tainted (in the state of capture report). The media was going on and on about it…So I decided that perhaps it is best to leave,” he said.

“I felt that with these allegations, it is not good to be at Eskom…Chairperson, when you’re the CEO and you’re accused of corruption, all sorts of things, even though they have not been proved, how do you face your employees every day?”

Molefe is one of several people whom, along with former president Jacob Zuma, are accused of enabling the looting of state funds and resources by the Guptas. The family formerly owned the Optimum mine which supplied coal to Eskom – securing billions of rands in contracts.

Madonsela released her report in October 2016. The report included cellphone evidence which not only revealed that Molefe had made dozens of phone calls to Ajay Gupta – the oldest Gupta brother, but also placed him at the family’s home in Saxonwold, Johannesburg – at least 19 times between August 2015 and March 2016.

“It is good governance to step away when you are being accused of the things that she was insinuating,” Molefe said.

The State Capture Commission’s evidence leader Pule Seleka had also quizzed Brian Molefe about what lead to his appointment. Molefe claimed then Public Enterprises Minister Lynne Brown had approached him in 2015 to ask if he would be interested in heading the utility, which was going through a difficult time.

He said he then took the job and left Transnet, where they had just renewed his five-year contract. Another bone of contention surrounding Molefe is his pension payout. After his unforgettable resignation at the utility in December 2016, Molefe scored around R30 million in pension benefits – despite having only been there a year and a half.

He told the commission that he had been offered a permanent post at the utility. However Lynne Brown then back tracked and offered him a five-year contract, to which Molefe objected. The board then came up with a solution – Molefe, then 49 would serve until he is 54, but receive nine more years’ worth of retirement benefits.