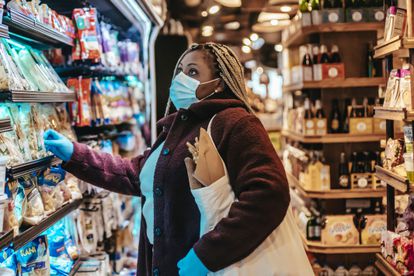 The island’s tourism-dependent economy was hammered by the pandemic and rampant shortages have left its people struggling to buy essential goods.

Supermarkets have been rationing milk powder, sugar, lentils and other essentials, with food prices rising by a record 22 percent last month.

STATE EMPLOYEES AND PENSIONERS TO BE GIVEN A LIVING ALLOWANCE

More than two million state employees and pensioners will be given a living allowance of 60,000 rupees ($300) this year to deal with the rising cost of living.

“We want to encourage a big homegrown agriculture drive this year by encouraging people to grow their own food,” he said.

Rajapaksa did not say how the government would finance the package of 229 billion rupees ($1.14 billion), which comes two months after the unveiling of a drastic austerity budget designed to rein in a runaway deficit.

The policy was lifted after protests by farmers but its consequences have sparked discord in Sri Lanka’s ruling coalition.

On Tuesday, President Gotabaya Rajapaksa sacked a minister who had criticised the organic farming drive and called for the removal of the agriculture minister, a close ally of the leader.

Last month a top agriculture official warned that Sri Lanka could face a famine and urged the government to implement food rationing. He was fired hours later.