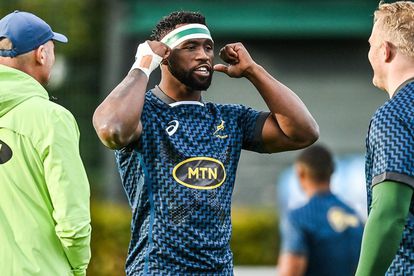 ALSO READ | RANKINGS: WHAT’S ON THE LINE FOR THE SPRINGBOKS THIS WEEKEND?

“The higher stage of load shedding is mainly due to the high level of breakdowns and the depleted emergency generation reserves,” the group said.

“Changes in the stages of load shedding will be more erratic due to the absence of the buffer that is normally provided by the diesel generation capacity between generating unit breakdowns. Eskom will publish a further update as soon as there are any significant changes.”

PREDICTIONS | SPRINGBOKS TO WIN BY 10+ POINTS

Since Friday morning, a generating unit each at Kendal and Kriel power stations were taken offline for repairs, while delays in returning to service a unit each at Arnot, Grootvlei, Hendrina and Tutuka power stations have contributed to the capacity constraints.

A generating unit each at Camden, Kriel, Tutuka and two units at Majuba power stations were returned to service.

Eskom said it currently has 4 887MW on planned maintenance, while another 15 320MW of capacity is unavailable due to breakdowns.

MUST READ | TWITTER REACTION TO RASSIE ERASMUS’ BAN: ‘THE DUDE IS OUT OF CONTROL!’

ALSO READ | SPRINGBOKS V ITALY: WHO WILL BE THE REFEREE ON SATURDAY?

Meanwhile, in reaction to Eskom’s plan, the City of Cape Town has also amended its schedule for Friday and Saturday.

Those who receive their electricity from the City of Cape Town will experience Stage 2 load shedding until 22:00 on Friday followed by Stage 4 until 05:00 on Saturday.

Crucially, Stage 4 will be in place for City of Cape Town customers when the Springboks v Italy Test kicks off at 15:00 (SA time) in Genoa on Saturday.

So, unless you’ve installed a generator or inverter, or made a plan to pop around to a friend’s place, you may well miss the match.