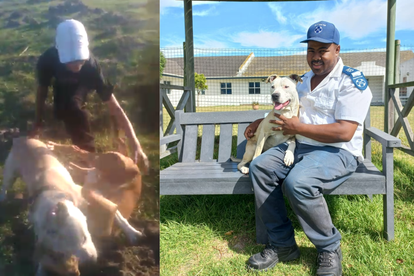 The SPCA rescued a number of dogs from a fighting ring in Cape Town. Images: Cape of Good Hope SPCA.

The SPCA rescued a number of dogs from a fighting ring in Cape Town. Images: Cape of Good Hope SPCA.

The Cape of Good Hope SPCA received a dogfighting video that showed how a group of suspects incited their dogs to attack each other. The owners allegedly riled the animals up before setting them onto each other. One of the spectators filmed the incident.

Chief Inspector Jaco Pieterse said the SPCA tracked down the culprits and rescued the dogs within hours of receiving the video on Thursday, 24 November.

The animal welfare organisation found six dogs in Wesbank, Cape Town. One suspect was arrested and detained at the Mfuleni police station.

The arrested suspect appeared before the Blue Downs Magistrate’s Court on Monday, 28 November, on charges related to the Animal Protection Act of 1971. He was granted R500 bail, and the matter was postponed to 15 February 2023 for further investigation.

“Unfortunately, the other culprits were not at home at the time of the investigation, resulting in them not being arrested. Their identities are known to the SPCA and Law Enforcement, and they will be apprehended, arrested, and brought before a court,” said the SPCA inspector.

Dogfighting is illegal in South Africa. Any person guilty of involvement is liable to a fine of R80 000 or up to 24 months of imprisonment.