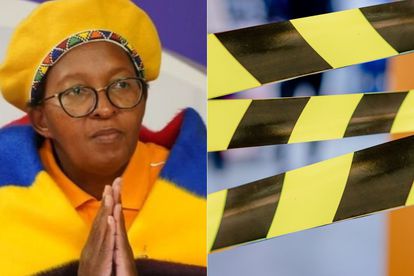 MEC for Community Safety in Gauteng Faith Mazibuko says Government will be working with private businesses to assist the families mourning their loved ones who were killed during the Soweto tavern shooting. Photo: @FaithMazibukoSA / Twitter and Stock Image / Pixabay

MEC for Community Safety in Gauteng Faith Mazibuko says Government will be working with private businesses to assist the families mourning their loved ones who were killed during the Soweto tavern shooting. Photo: @FaithMazibukoSA / Twitter and Stock Image / Pixabay

MEC for Community Safety in Gauteng Faith Mazibuko revealed a plan by Government and private businesses to work together.

Counselling and burial support will be provided to the mourning families

Mazibuko said the aim is for them to aid the families of those who were killed during the tavern shooting in Nomzamo Park, Soweto. She was joined by officials from the Social Development Department and faith-based organisations for a prayer meeting.

The MEC stated that they would be providing the bereaved families with much-needed services such as counselling and burial support.

During a meeting with residents from Nomzamo, Minister of Police Bheki Cele stated that most of the victims of the tavern shooting hailed from KZN. Families of the victims have requested assistance in the transportation of the bodies of their loved ones.

In response to this, Mazibuko revealed that Government will be working alongside long-haul taxi associations and one well-known funeral service provider.

“As the provincial government – we are working around the clock in assisting the families – as the majority of them might be going to KwaZulu-Natal and Eastern Cape,”

Investigations into the attack are ongoing, confirms Mazibuko

EWN reports that the South African Police Service (SAPS) is hunting down at least five suspects who are supposedly linked to the attack. Mazibuko stated that authorities are working non-stop to locate and apprehend the suspects.

In related news, it was previously reported that one more victim of the Soweto tavern mass shooting has succumbed to their gunshot injuries, bringing the death toll to 16, the South African Police Service (SAPS) in Gauteng has said.

Unknown gunmen stormed the Mdlalose tavern in Orlando East in the early hours of Sunday morning, 10 July 2022. A total of 23 people were shot – 12 of them were confirmed dead at the scene, while four others died at a hospital.

“The death toll on the shooting incident at Nomzamo Informal Settlement on 10 July 2022 has risen to sixteen after one more victim was confirmed dead today at the hospital,” said SAPS spokesperson Dimakatso Sello. Read the full story here.