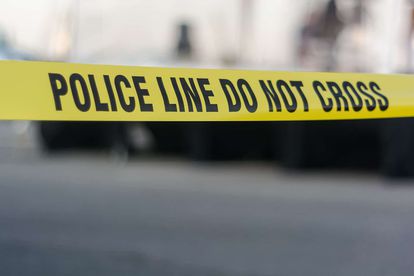 A 57-year-old male from Soweto, Johannesburg, has been placed under arrest and charged with the murder of his four-year-old daughter, Gauteng authorities confirmed on Monday.

Soweto dad in jail for alleged murder of toddler

According to Gauteng police spokesperson Captain Kay Makhubele, the four-year-old girl was declared dead at the Chiawelo Clinic, in Soweto, on Sunday.

As reported by Times Live, it is believed that the father admitted his daughter at the clinic after he had allegedly beat her up. At this time, the motive behind the alleged grievous assault is not known.

However, preliminary examinations of the girl’s injuries suggest that she had suffered hard, bone-crushing blows in most regions of her body the day before she was sent to the clinic to receive medical assistance.

“She had bruises on her body and was declared dead at the clinic,” Makhubela said.

At the time she was examined, there was very little doctors could do to save her, unfortunately. Furthermore, according to Captain Makhubele, if emergency medical service officials were alerted of the girl’s condition shortly after the incident, they could have saved her life.

Investigators have held much of the information concerning the Soweto father’s identity as well as the post mortem report from the public, as the toddler’s death is the subject of an investigation.

All we know, at this time, is that the girl was allegedly beaten to a pulp by her father for reasons that are not known right now. Also, the mother of the girl has not come forward to issue a statement as yet.

There are many unanswered questions lingering around the unfortunate death of the four-year-old. Only time will reveal all, as the 57-year-old murder suspect is expected to appear before a court soon to register his charge and submit a plea.

This is a developing story. Further updates will be provided once they become available.