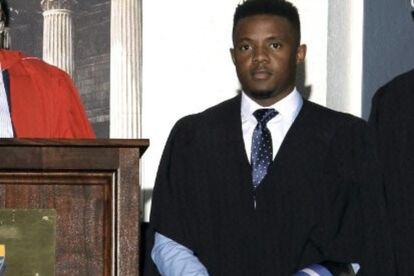 Flavio Hlabangwane, the 26-year-old man who was arrested after human body parts were discovered in his freezer over the weekend, appeared before the Protea Magistrate’s Court in Soweto on Monday, 15 November.

“The case relates to the discovery of various female body parts inside a fridge in a room rented by the accused person,” said Mjonondwane.

Hlabangwane was remanded in custody until 22 November in order to allow him to apply for legal representation with Legal Aid South Africa (LASA), according to the NPA.

Hlabangwane allegedly tried to stab himself to death after his girlfriend made the gruesome discovery on Saturday, 13 November.

His girlfriend found the body parts in his freezer when the murder-accused went to the shop. She ran from the rented back room in the house and told a neighbour. Later, the Protea Glen community, including an off-duty police officer, confronted the accused.

Sometime between this confrontation and his arrest, the suspect allegedly locked himself in a room and harmed himself. He was taken to hospital where he was under police guard from Saturday until his court appearance.

Flavio Hlabangwane is a master’s student, according to SowetanLive and was formerly employed by a prominent insurance company. According to his LinkedIn and Facebook profiles, he is a Wits graduate. His girlfriend is also a student.

The body parts will be examined by a forensic science laboratory to determine their identity. South African Police Service (SAPS) spokesperson Brigadier Muridili said the Gauteng occult-related crime investigations team has taken over the investigation.