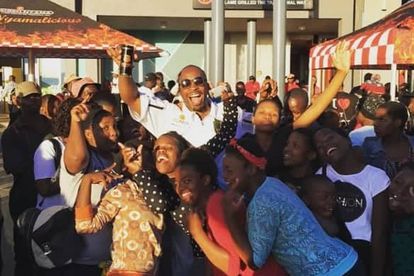 By now you’ve probably heard of – or at least seen – a Chese Nyama store. It’s one of South Africa’s fastest growing takeaways which has gone from one to 300 stores in three years.

The restaurant chain claims to do “flame grilled food the traditional way” and will be heading to Nashville Tennessee next.

Their main focus on on the social side of the braai and the website even offers tips on how to throw the perfect lekker braai.

The name comes from isiZulu and, as South African braai connoisseur Jan Braai explains, while the literal translation is ‘burn meat’, the term actually means ‘braai’ – and just like the word ‘braai’, it is used both as a verb and a noun.

Speaking to CNBC Africa in the video below, Nathanael joked that while they’d need to teach the Americans how to say Chesa Nyama first, “it’s more about a restaurant dining concept giving that African feel and what we as South Africans are about.”

He believes the brand has been so successful because South Africans love the vibe and “tradition of Chesa Nyama and bringing it from the township to the suburbs”.