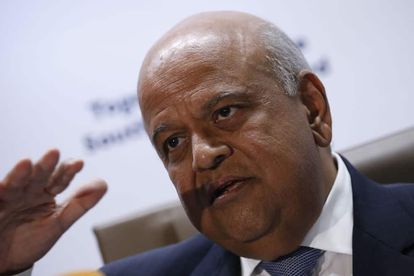 The Conversation NO reuse

The Conversation NO reuse

South Africa’s 2017/18 budget will have to be bold to pull the country out of the prevailing economic crisis. Economic growth has stalled and the threat of a credit rating downgrade still looms large. The Conversation Africa’s business and economy editor Sibonelo Radebe asked Jannie Rossouw to tease out critical issues that must be addressed in the upcoming budget.

What should South Africans expect from the 2017 budget speech?

The Minister of Finance made it clear in last year’s medium term budget that tax increases will be needed to ensure that government revenue rises by R28 billion for the 2017/18 tax year. As South Africa is currently suffering very low economic growth, this additional income can only be raised by higher taxes and through bracket creep as a result of inflation. Bracket creep happens when taxpayers’ income increases as a result of inflation, but concomitant tax relief isn’t granted. This pushes them into higher tax brackets.

South Africans should expect a few things on the tax front. They are unlikely to get tax relief to offset bracket creep, and they are likely to face increases on consumption products such as alcohol, tobacco, soft drinks and fuel. It’s also highly likely that the government will announce some form of sugar tax in this budget.

But all of this won’t be enough to fund the government’s income requirements. This leaves it with one of three options: an increase in Value Added Tax (VAT); an increase in company tax; or an increase in personal income tax.

So there will be significant movement on the tax front?

There is widespread speculation that VAT might go up. But this will place a heavy extra burden on poor people and households. My first choice is for a smaller civil service which will lead to savings in expenditure, eliminating the need for tax increase.

If tax increases are indeed unavoidable, my preference is for higher personal income tax and for higher company tax rather than an increase in VAT.

But I can only support higher personal income tax and higher company tax on condition that corruption is reigned in, wasteful expenditure is pushed back and all possible areas for savings are considered. This would be helped if, for example, President Jacob Zuma’s proposed presidential jet was canned and politicians were forced to drive cheaper cars.

What impact will the prevailing political environment have on the budget speech?

If the minister is removed, South Africa’s credit rating will be downgraded to junk status. This will result in higher interest rates to reflect increased risk which in turn will raise the government’s funding needs and put additional pressure on the fiscus.

The state owned enterprises landscape has become volatile. What should the minister do in this space?

It’s time the government reconsidered its ownership of state-owned enterprises. Many of these place heavy financial burdens on the fiscus and there’s little prospect of turning them to sustained profitability. South African Airways comes to mind. In my view the government should simply give it away, as it has no net value and will not fly profitably for many years to come. By giving it away the new owner can rid the company of its incompetent management and install managers who can return it to profitability.

Economic growth has almost stagnated. What should the minister do to address that situation?

He should announce initiatives to deregulate the economy in the interests of easier business activity because South Africa suffers “bureaucratic oversupply”. He should also rein in the size of the civil service. It employs too many people, placing a heavy burden on the economy.

These two initiatives will be a good start. But there are many more things that should happen although they are not all under the control of the Minister of Finance. These could include cutting the size of the cabinet and revising new visa regulations – particularly the burdensome birth certificates requirement – to boost tourism.

What can we expect from the higher education funding arena?

In a year that the government is really pressurised for revenue, it will be difficult to make provision for substantial increases in expenditure on education. The entire value proposition of education expenditure across the board should be revisited given how much – relative to the GDP – the country spends on primary and secondary education.

It might be possible to show savings in expenditure on primary and secondary education without jeopardising standards or delivery. To the contrary, a proper review might result in better quality and delivery with less funding needs. This would release funds for tertiary education.