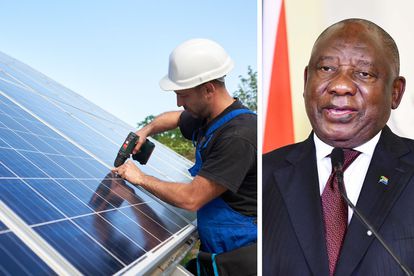 South Africans urged to invest in rooftop solar with NEW rules and a pricing structure Photos:Facebok/Stock/Canva

South Africans urged to invest in rooftop solar with NEW rules and a pricing structure Photos:Facebok/Stock/Canva

South Africans are urged to invest in rooftop solar with NEW rules and a pricing structure.

WHAT DOES THIS MEAN FOR SOUTH AFRICANS:

This means that those who can and have installed solar panels in their homes or businesses will be able to sell surplus power they don’t need to Eskom.

This comes only days after South Africans were fuming about reports of Eskom’s proposal to hike its fixed connection service fees as high as R938 for some customers.

Data provided to MyBroadband by Eskom in July laid out the power utility’s intent to change its tariff structures in such a way that households who use less power pay higher fees.

Under Eskom’s current fee structure, variable and fixed costs accumulated in producing electricity are paid for through a single electricity tariff — calculated per kWh of consumption.

Eskom reportedly told MyBroadband that tariffs need to be modernised to reflect the changing electricity environment to ensure fair recovery by all of the services to be provided by all grid users and the system.

The report furthermore states that while solar power users are not specifically mentioned or targeted by Eskom in its data, any households that make a concerted effort to lower their dependency on Eskom’s grid and end up using less grid power, as a result, would invariably draw the higher charges laid out in the proposal.