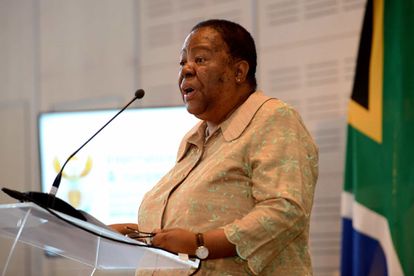 Minister of International Relations and Cooperation Naledi Pandor revealed on Tuesday 31 March after the National Command Council meeting on COVID-19, that there are 1 471 South Africans who are stranded abroad due to worldwide travel restrictions.

“There are many citizens stranded around the world. We are trying to assist them so that they are safe and are able to return to South Africa,” said Pandor.

Pandor said the department is trying to collect data to tell us how many are stranded and under what conditions so they could be repatriated back to South Africa.

As it stands, the data shows that there are:

Pandor said the department has not fully gathered the data as yet and therefore there could be “many more” South Africans who are stranded.

“We believe there may be many more,” she said.

“We will negotiate with governments to facilitate the movement of stranded citizens of our country,” she added.

Pandor also said that those who can return to South Africa at their own expense, should try to do so.

“Over the last two months, the world has changed dramatically and this impacts on governance challenges. As Dirco [Department of International Relations and Cooperation] we have to focus on many fronts,” said Pandor.

This is not a Wuhan mission

Pandor explained that they would not need the South African National Defence Force (SANDF) to help repatriate stranded South Africans.

She said it is not a situation where South Africans were stranded during 51 days of lockdown Wuhan, the epicentre of the coronavirus outbreak in China.

“These people [repatriates] are affected by circumstance. They hadn’t anticipated that the travel ban would be placed immediately,” said Pandor.

Pandor also confirmed that several stranded citizens are from high-risk countries. However, the exact number is not available as yet.

In other news, President Cyril Ramaphosa and Health Minister Zweli Mkhize, on Sunday 29 March,  paid a visit to the 112 South African students who were placed under quarantine at the Ranch Resort after their repatriation from Wuhan on 14 March.

The group were being reunited with their families as from Monday 30 March after testing negative for coronavirus.