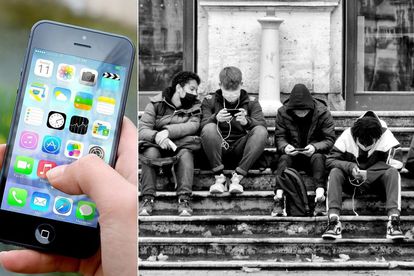 South African youths between the ages of 18 years old and 26 years old check their mobile phones almost 30 times an hour. This new information comes from a study by Adoozy Power. Adoozy Power is a South African based technology start-up.

The study revealed that a quarter of every waking day is spent on a mobile phone by persons between 18 and 26 years old. Almost 30% of young people from Gen Z spend this amount of time on their smartphones.

Adoozy Power’s CEO Kegan Peffer said that the shines a light on how smartphones have become a way of life for the youth of South Africa.

“A smartphone is more than a must-have, it’s an inseparable extension of their being. Anyone who wants to interact successfully with this audience for any purpose whatsoever – business, leisure, education or on social issues – needs to understand that and embrace the mobile-first culture,”

Some youths have ‘separation anxiety’ from not checking their phones

He explained that there are a number of reasons that give young people a sort of ‘separation anxiety’ from not having a working smartphone. While personal safety is an important aspect, smartphones are also a useful provider for work-from-home and study purposes.

Adoozy Power’s study further stated that out of those they questioned, 25% checked their smartphones at least 10 times per hour. This equates to approximately five minutes an hour or around 80-90 minutes for every waking day.

Another shocking factor of the report is that 40% of those questioned said they would rather skip meals for a day than run out of phone power. Around 30% stated that they fall asleep with their phone, daily.

85% of 18 to 26-year-olds spend use their phones while on the loo. Peffer said that people were already attached to their smartphones, before the pandemic. Since the pandemic hit, phones became a lifeline to many who kept in contact with those they couldn’t physically be around.

“Our phones have also become a fundamental part of our identity and how we capture our lives and memories,”

These are just a few other aspects of the study:

ALSO READ: Passwords may be a thing of the past as tech giants look at alternatives