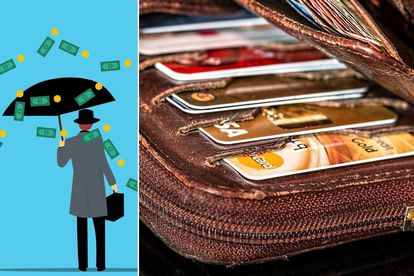 Over the past decade, wealthy South Africans have been making their way out of the country, but where are they going? Photo: Stock Image / Pixabay

Over the past decade, wealthy South Africans have been making their way out of the country, but where are they going? Photo: Stock Image / Pixabay

Approximately 4 500 high-net-worth individuals have left South Africa over the past ten years (between 2011 and 2021). The Africa Wealth Report, produced by New World Wealth, released some pretty interesting statistics regarding richer South Africans and where they’ve gone.

Which countries are richer Saffas heading to?

Most of these individuals made their way to the United Kingdom (UK), Australia and the United States of America (USA).

South Africa is not alone in losing wealthy people, the report revealed. All BRICS countries have lost a significant number of high-net-worth individuals. This was due to migration over the past ten years.

Turkey, Egypt and Nigeria have also lost a considerable number of wealthy persons. On the other hand, there seems to be a trend of wealthy people returning to South Africa. In particular, these wealthy persons are coming to SA from the UK.

The report shared that this is a notable trend that is being tracked. More statistics on this trend will be made available in the next Africa Wealth Report.

Learn to earn: Which SA universities have produced the most millionaires?

The latest African Wealth Report for 2022 has been published this week, detailing some of the most fascinating fiscal trends in South Africa. The document, produced by New World Wealth, also looks into which of our domestic universities are creating the most dollar-millionaires – and it’s a tight battle at the top.

High Net Worth Individuals – or HNWIs – are private citizens with a net worth of $1 million / R15 million, or more. There are around 40 000 of these financial elites who still reside in Mzansi. Though their spending habits remain a huge draw of curiosity, their education history also makes for an intriguing read. Read the full story here.