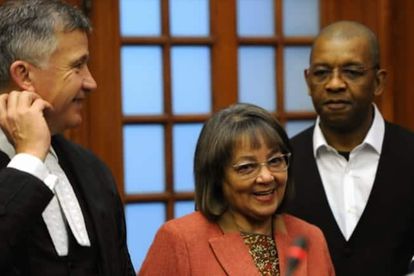 Another huge day in the country, as the South African news today wrap unpacks all the latest events and looks ahead to what Wednesday has in store. Will Patricia de Lille leave office, and what horrors unfolded in Vlakfontein? That’s what we’re here to find out.

Patricia de Lille’s last day in office has arrived. Or has it? She’s been scheduled to step down at the end of October for months, but recently de Lille hinted she’d stay on to clear her name in the wake of the Bowman Report allegations. It’s anyone’s guess if she will go quietly or not.

The inferno has claimed a ninth life, as firefighters battle against the wildfires. On Tuesday, the blaze spread to Tsitsikamma and the N2 – as well as all routes towards the Eastern Cape – were shut down.

The home affairs minister was handed his arse to him on a plate by Nicky Oppenheimer, who declared Gigaba a “liar” and branded him dishonest during a feisty Parliamentary appearance. Oppenheimer was explaining why their company, Fireblade Aviation, were offered a “private terminal” at OR Tambo.

Hip Hop Pantsula was such a legend, he gets three separate send-offs. On Tuesday, his memorial in Johannesburg tugged a few heartstrings. Now we head to Mahikeng for his second memorial, ahead of his funeral over the weekend.

A man has been taken in for questioning in connection with the murders of seven people in Vlakfontein‚ south of Johannesburg. It is believed to be the boyfriend of one of the women found dead, as the decomposed bodies were discovered in a small property.

Meanwhile, Tom Moyane and his defence team have developed ideas above their station. They have given Cyril Ramaphosa a deadline to denounce the recommendations of the Nugent Inquiry, which suggests Moyane must be fired. Tom, it doesn’t usually work like that. [Read more: EWN]

We start October how we finished it, losing ground to the greenback. It’s currently R14.65 to the dollar.

Warm, cold or dangerously windy? You can find out here.

Let’s hope the stars are smiling on you today. Here’s your daily horoscope.