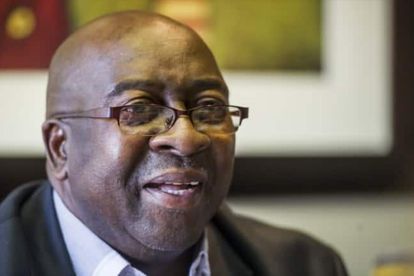 In our South African news today round-up, we’re looking at the most important stories of the day. Finance Minister Nhlanhla Nene is likely to take most of the headlines on Wednesday, as is the rand value.

Grab the popcorn for this one. Nhlanhla Nene will face the commission today to lift the lid on what he saw the Guptas do. However, the finance minister has also ‘fessed up to meeting the brothers behind closed doors. The EFF has promised to reveal any secrets he won’t. [Read more: News24]

The “Springs monster” found guilty of abusing his children and raping his eldest daughter will hear his sentence on Wednesday in the North Gauteng High Court in Pretoria. You can read more here.

The rand’s rocky road continues, as it slides back down again. It slumped by 1.5% on Tuesday, where it is currently trading at R14.36. Fears Italy may leave the EU have had a knock-on effect.

Sasha Martinengo was fired on Tuesday, just a few hours after calling Julius Malema a “monkey” live on air. The DJ has apologised for his comments, yet also stood by them, insisting the term was used to describe “anyone of any race” who has been disrespectful towards women.

Here’s one that sneakily flew under the radar. The energy regulator NERSA has allowed the firm permission to hike their fares, after the organisation incurred “unexpected costs”. Eskom is expected to raise their tariffs by 4.41% over the next four years.

.@NERSA_ZA is allowing @Eskom_SA to claw back R31,1-billion from electricity customers via increased electricity tariffs to clear the current RCA balance over 4 years. For standard customers this will be done by an average tariff increase of 4.41% for 4 years from 1 April 2019. pic.twitter.com/rFIjmQgAxb

Bidvest Wits were 2-0 victors against Cape Town City, whereas Kaizer Chiefs were held to a 0-0 draw with Highlands Park. Amazulu vs Maritzburg and Polokwane vs SuperSport also ended all square.

In the Champions League meanwhile, Manchester United were held to a 0-0 draw at home to Valencia, whereas Manchester City won it late against Hoffenheim. Real Madrid suffered a shock 1-0 loss to Real Madrid and Juventus cruised past Young Boys.

Here’s the weather where you are today.

In for a treat? Let’s find out.