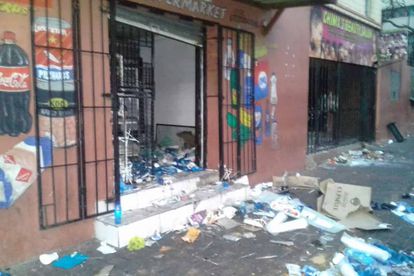 Plenty to get through in Tuesday’s South African news today wrap, including a concerning story of a young girl’s rape in Cape Town and the latest allegations aimed at Patricia de Lille.

The Albert Luthuli branch of the ANC revealed that they received news alleging that an unnamed foreign national had sexually assaulted a nine-year-old child at his spaza shop in Klipfontein. On Tuesday, they confirmed that foreign-owned shops in the area were shut down for three days.

The alleged kingpin behind the Durban bombings and Verulam mosque attack had his day in court on Monday. Farhad Hoomer, a 41-year-old businessman and millionaire, was traced due to the activity of his now-deceased wife’s cell phone. [Read more: TimesLive]

The second week of this trial started in acrimonious fashion. First, defence lawyer Peter Daubermann expressed his doubts that his client could get a fair trial, before dramatically asking for both the judge and himself to be recused from the case. Mandela Makuala refused, with proceedings restarting on Thursday.

DNA expert Warrant Officer Blanche Stubbs took to the stand at the high court in Cape Town on Monday. Her testimony could prove crucial, as she presented evidence that linked Geraldo Parsons and Vernon Witbooi’s fingerprints to items found near the crime scene.

Rocking steady at R14.35. Change should be on the horizon for tomorrow’s Mid Term Budget Speech.

A brazen attempted murder played out on a busy Johannesburg freeway on Monday. It’s transpired that the M1 shooting saw a member of the Hawks wounded, before having his belongings taken.

Sjoe, it’s hot out there. Find out exactly how hot right here.

A lucky day in store? Let’s find out.

STATIONARY VEHICLE on the M1 North near the Carr Street exit – HEAVY TRAFFIC from Ormonde via Crown Interchange.#JHBTraffic #JacaTraffic