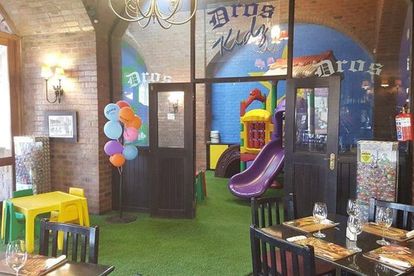 Need to get your fix of the South African news today? That’s what we’re here for. We’ve got the latest updates on Kessie Nair, and of course, the essential facts about the Dros accused’s court appearance.

It’s a big day for South Africa’s institutions of law, as the alleged rapist behind the Pretoria Dros attack returns to court. After entering his plea, we’ll be able to reveal more about the suspects’ background and lift the lid on his identity. Mass protests are expected outside of the courthouse.

Cristiano Ronaldo is facing allegations that he raped a woman in Las Vegas, back in 2009. Kathryn Mayorga says the Portuguese footballer, who now plays for Italian club Juventus, raped her while she repeatedly screamed no, according to a lawsuit filed Friday in Clark County, Nevada.

The trial of the man who filmed himself calling Cyril Ramaphosa the “k***** president” continues on Tuesday, with the defence expressing their concern for Nair’s mental health. The court is set to rule whether he should go for psychiatric evaluation or not. [Read more: News24]

It’s been revealed Finance Minister Nhlanhla Nene held several meetings with the Guptas during his first term. Before that, he also met them when he was the deputy minister. On Wednesday, Nene will face the commission. [Read more: TimesLive]

Today is your last day to get petrol before the R1 increase comes into play. Motorists in Gauteng will be paying upwards of R17 per litre, whereas that figure is at R16.50 for coastal regions.

There was a slip from our currency on Monday, as the greenback gained ground on the rand. As of Tuesday morning, the dollar is trading at R14.23.

What’s happening where you are? Consult our daily guide.

What awaits you today? Let’s see.