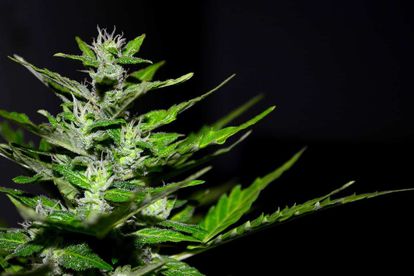 Need a quick round-up of the South African news today? We’ve got you. Here’s what is in store for Tuesday 18 September, featuring the potential legalisation of dagga and some quick updates on the weather.

Former security branch police sergeant Joao Jan Rodrigues, 79, is set to answer some pre-trial questions about the death of Ahmed Timol. The then-29-year-old teacher was ruled to have been murdered last year after his death was covered up as a suicide in police custody.

Could dagga be legalised today?

The use of dagga (marijuana) at home has been previously legalised, but Tuesday could see South Africa go the whole nine yards and legalise recreational use in a personal capacity. [Read more: News24]

Our currency briefly jumped above the $15 mark on Monday, before settling on $14.91. However, Donald Trump’s ramped up his insistence on a trade war with China and that could see the rand make some gains on Tuesday.

Oh man, there’s some spice here. A Standard Bank representative dropped bombs left, right and centre about the ANC’s relationship with the Guptas. Tuesday will see ABSA take to the hot-seat.

Pretoria gets its first “beach”

Landlocked Pretoria just got a new ‘beach’ thanks to South Africa’s first clear-water lagoon. The Blyde, which officially opened on 8 September, is an exclusive housing estate in Pretoria East, with a sprawling water feature. You can learn more about this here.

The president was on fine form on Monday, rallying his Cosatu troops and readying them for “the war of all wars” ahead of the 2019 general elections. He also took some pretty hefty shots at Ace Magashule, saying that those who try and divide the party “must be exposed“.

Cape Town’s dams are now officially 70% full. With the rainy weather set to persist until Wednesday, breaking the three-quarter-full mark could become a reality at some point next week.

Chilly in the west, boiling in the east – here’s what the picture looks like where you are.

Written in the stars? Let’s see what we can expect from today.