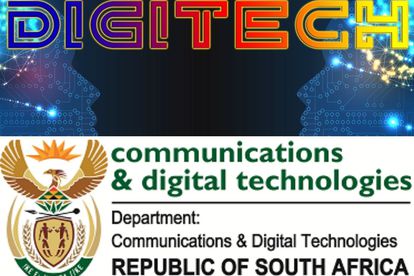 Minister Khumbudzo Ntshavheni has hyped up DigiTech but it seems the new ‘app store’ isn’t as great as planned. Photo: digitech.gov.za

Minister Khumbudzo Ntshavheni has hyped up DigiTech but it seems the new ‘app store’ isn’t as great as planned. Photo: digitech.gov.za

This week, the South African Government launched its own ‘app store’. The Minister of Communications and Digital Technologies Khumbudzo Ntshavehni says it will grant ‘unmatched and unparalleled’ opportunities.

What is the platform and how is it used?

The new platform has been named DigiTech. The primary use for the application is for local app developers. Ntshavheni told Parliament that the ‘app store’ will allow users to both browse and download apps developed across operating systems.

The marketplace for the app has a collection of around 24 promotional videos for the apps. The videos have been embedded from YouTube. According to Business Insider, the way the videos are embedded makes it difficult to watch a fullscreen version of the clips.

App users can’t really do much on the website besides watch the clip. If they want to find out more about an app, they would need to click through to the YouTube version. From there, app users would need to find a link to the direct website of the developer.

App developers are encouraged to register on DigiTech. The promise from Government is that their product would ‘go global in seconds’.

Another issue faced is the possibility of app developers’ identity numbers being leaked online. Ntshavheni informed Parliament that the site works as an app store. However, the function seems to be the creation of a database of locally-developed apps.

“We are currently exploring how the current SITA [State Information Technology Agency] and Supply Chain Management Regulations can be utilised to ensure that government is the first consumer of South African made systems and applications, in particular those registered on the DigiTech platform,”

Developers need to fill out a form in order to create a database. The registration form asks a number of questions that seemingly make no sense. The South African Government has vowed to make DigiTech a regional hub.

Planning to get the jab? You could get R1k from Government, here’s how…

Young people in South Africa are being encouraged to get their COVID-19 vaccines and booster shots by the Government. A new reward programme called ‘Ke Ready’ or ‘I am Ready’ is Government’s way of speaking to the youth.

Through the new programme, people between the ages of 12 and 34 could win R1 000 every week for getting their jab. The youth of Mzansi is being asked to create videos of themselves getting vaccinated.

These clips need to be shared on social media with the tag #Keready2vax. Every week, five video makers will win R1 000. Whether it is your first jab, second or booster, if you’re getting vaxed you have the option to enter. Read the full story here.