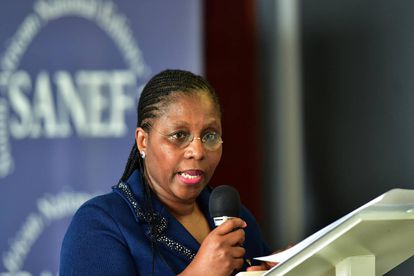 State Security Minister Ayanda Dlodlo denied that the Nigerian government was evacuating its citizens from South Africa following a wave of attacks on foreigners and their businesses in Johannesburg, Pretoria, and other cities and towns.

This is despite the President of Nigeria stating the exact opposite on his offical Twitter account the day before.

Let me also say that we have made arrangements for the immediate voluntary evacuation of all Nigerians in South Africa who are willing to return home. I have directed the relevant agencies to ensure this is done speedily and efficiently.

Dlodlo insists there is no official evacuation of Nigerians

Despite Buhari and the Nigerian consul general in Johannesburg confirming an evacuation would take place, Dlodlo insisted this was not the case.

“There is no government call by the government of Nigeria to evacuate its citizens,” she said.

“What has happened here and this is through discussions at a diplomatic mission level… is that a private citizen, who owns an airline has offered to evacuate Nigerians from South Africa and obviously there are immigration rules that go with that.

“It’s a process that will have to go through normal channels…but there is no call by the Nigerian government to evacuate its citizens.”

Buthlezi warns the world is judging South African once again

Elsewhere, outgoing Inkatha Freedom Party leader Mangosuthu Buthelezi warned members of Parliament that the world was judging South Africa harshly for the continuing attacks on foreign nationals across the country.

Buthelezi was introducing a debate in the National Assembly on the recent incidents of violence across South Africans in which at least 12 people were killed, including 10 South Africans and two foreign nationals.

Foreign-owned shops and truck drivers of different nationalities have also been attacked as refugees and migrants are accused of stealing South African jobs.

“I fear what will happen if we fail to extinguish this fire. There are consequences for our country and our people in the diaspora,” Buthelezi said.

“We need to stop this thing in its tracks before serious action is taken against us.”

He was referring to an outcry from foreign governments and investors and threats to attack South Africans in other countries.

Buthelezi defended his visit to a hostel in Jeppestown, Johannesburg, the past weekend which saw his interaction with residents disrupted by an angry mob of weapon-wielding people who called on foreigners to leave the country.

“I was and must always be willing to walk into danger either physically or politically to save lives,” he told the National Assembly.

“Lives have been lost and property damaged. There has been looting and burning and violence. While all this is happening, the world is watching and we are being judged.”

New US restrictions against Taliban for bans on women