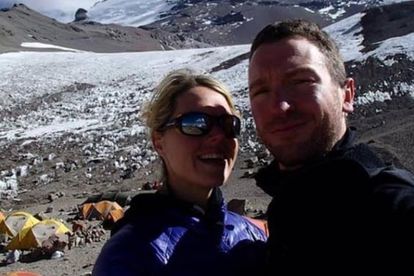 The 34-year-old lecturer at Monash University was extremely close to the mountain’s summit when she was overcome with altitude sickness. She died trying to descend to safety.

Her husband, veterinarian Rob Gropel, was with her on the trek and also suffered high altitude sickness.

Strydom and Gropel, both from Melbourne, aimed to be the first vegans to reach the summit of Everest.

Strydom had previously climbed Denali in Alaska, Aconcagua in Argentina, and Kilimanjaro in Africa.

Operational manager Furtengi Sherpa told the Herald Sun Strydom had suffered from a “lack of energy and weakness” and had to turn around while the rest of the party reached the top.

Strydom and her personal sherpa got down to Camp 4 that same night and started to head back down the mountain on Saturday.

However, her tiredness and lack of energy persisted, and at an altitude of 7,800 metres she could not go on.

“She could not resist anymore. She stopped breathing right there,” said Furtengi Sherpa.

Finding out the news on Google

Strydom’s older sister Aletta Newman of Brisbane said she only learned of her sister’s tragic death when she was Googling for news of Everest before going to bed on Saturday.

“I found this article from the Himalayan Times naming her as having deceased,” she told News Corp Australia Network.  “I was shaking like a leaf because no-one had told us anything, that’s how we found out. We just couldn’t believe it. We are just in absolute disbelief and shock.”

Monash University posted on its Facebook page that it was “deeply saddened” by the news.

“We are liaising with authorities and our heartfelt thoughts and support are extended to Maria’s family, her friends, colleagues and students.”