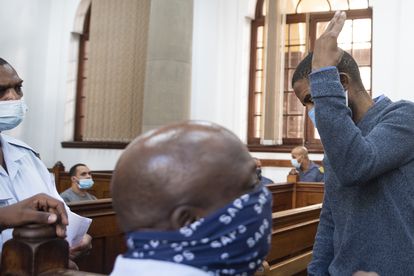 Zandile Christmas Mafe, the man accused of starting the Parliament fire appeared in the Cape Town Magistrate on Friday, 11 November. The State requested a postponement of the matter, while it completes its investigation, which the magistrate acceded to.

National Prosecuting Authority (NPA) spokesperson in the Western Cape, Eric Ntabazalila, said the State asked for an eight-week postponement because there are a number of investigations that are yet to be completed.

The investigations include forensic work, the analysis of Mafe’s cellphone records and clothing – for traces of accelerants.

He added that “certain leads” have come up that need to be followed and the report on the alleged 30 hours of footage that shows the accused inside Parliament is still outstanding.

“So far, the investigation team has not been able to start its investigation in the New Assembly. They are still waiting for structural engineers to tell them that the area is safe.

“Depending on what comes out of the cellphone analysis, if we find that there more people were involved in influencing him – those people are likely to be questioned by the police and possibly arrested. So far we have not received that,” said Ntabazalila.

The defence, Advocate Nikiwe Nyathi, objected to the two-month postponement, saying it was too long, and called for the 49-year-old to return to court within three weeks.

The Magistrate granted a six-week extension for the completion of the investigation.

Mafe, who is charged with housebreaking with intent to commit terrorism and arson, arson, terrorism and theft, is expected back in court on 25 March. He was remanded in custody at Pollsmoor Prison.

As previously reported, Mafe’s defence indicated that they would go to the highest court in the land to appeal the denial of his bail, if need be.

On 4 February, Magistrate Michelle Adams delivered her judgement and denied Mafe’s bail application, saying that the defence did not satisfy the court that exceptional circumstances exist that permits his release in the interest of justice.

The State is determined to appeal any bail applications made by the accused.

Ntabazalila said the defence told the court that they are going to continue with their bail application in the Cape Town High Court. “They are still waiting for the record of the bail application.”

“We will wait for their papers and we will deal with them when we receive them,” said the NPA spokesperson.