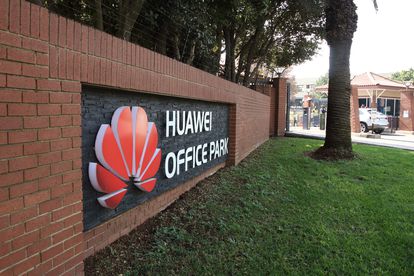 The Department of Employment and Labour filed court papers against Huawei Technologies South Africa over non-compliance with the country’s employment equity policy, on Friday, 11 February.

HUAWEI IN HOTSEAT OVER NON-COMPLIANCE

Labour department spokesperson Petunia Lessing said Huawei South Africa was audited in 2020 and it was found that approximately 90% of the Chinese company’s local workforce were foreigners, which is a violation of the Employment Equity Policy (EAP).

Huawei and the Labour department attempted to come to an “amicable” agreement. Lessing said when the company was questioned about its low percentage of South African employees its legal team said the Department of Home Affairs (DHA)  gave it permission to employ as many foreigners as it does.

“In investigating this matter, we worked with DHA to determine whether DHA had granted Huawei a permit to employ more than 40% foreign nationals, as required by the Immigration Regulations,” said the Labour department spokesperson.

It was discovered that the company was not granted an exemption and was supposed to comply with the local laws that require companies to employ 60% South Africans and 40% foreign nationals.

According to Bloomberg, the State wants Huawei to cough up a fine of R1,5 million or 2% of its local revenue – whichever is greater.

The Department’s inspection of the company revealed that 100% of Huawei’s top management (five employees) are foreign and the company intends to keep it that way for the next two years.

At the Senior management level, the company employs 71 workers, 27 of which are foreign (38%). “Huawei is projecting to increase this number,” said Lessing.

At the skilled-technical level, 76% of employees are foreign; while only one employee is not South African at the semi-skilled level.

“The Department would like to exercise caution and send a strong message to other employers who do not comply with employment equity policies that the Department is on their tail and consequences will be incurred if non-compliance is discovered,” said Lessing.

The government has fixed its attention on immigrants and foreigners in the wake of the 2020 local government elections, which saw a number of parties resort to anti-foreigner messaging during election campaigns and the months thereafter. Two of these parties made major gains in the elections.