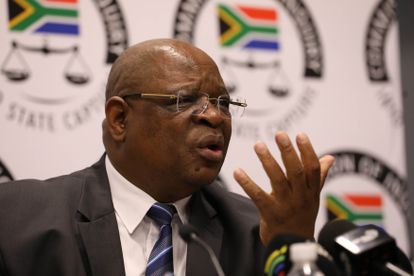 The second part of the State Capture report will be handed to the Presidency on Tuesday, 1 February. The first part of the report was submitted to President Cyril Ramaphosa on 4 January.

Earlier this month Acting Chief Justice and Commissioner Chairperson Judge Raymond Zondo handed over the first of three parts of the State Capture report. The Presidency made the report public on the same day.

The Presidency said it intends to do the same on Tuesday. Director-General Phindile Baleni will receive the report from the Secretary of the Zondo Commission, Professor Itumeleng Mosala.

The third and final part of the report is expected to be handed over to Ramaphosa on 28 February 2022. Thereafter, he will submit it to Parliament along with his intentions regarding applying the recommendations made by Zondo.

“As required by a ruling of the Gauteng High Court on 28 December 2021 – and in line with the remedial action contained in the Public Protector’s report dated October 2016 – the President will submit the full Commission report to Parliament by 30 June 2022 with an indication of his intentions with regards to the implementation of the Commission’s recommendations,” said Tyrone Seale, Ramaphosa’s acting spokesperson.

The first part of the report – which was 874 pages long – focused on State Capture, Corruption and Fraud in South African Airways and its associated companies; the New Age (Gupta-owned newspaper) and its dealings with government departments and SOEs; the South African Revenue Service (SARS); Public Procurement in SA.

READ: State Capture report: ANC was financed by ‘the proceeds of crime’ more than once