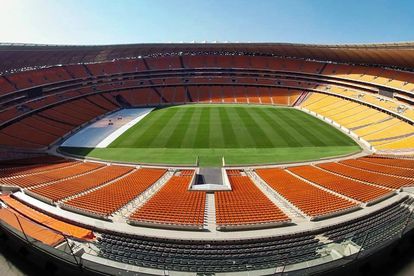 The South African Footballer Players Union (SAFPU) said the time has come for fans to be allowed to return to sports stadiums and signalled its intent to join the EFF picket outside the Department of Sport’s offices in Tshwane on Thursday, 20 January.

SAFPU TO STRIKE WITH EFF OVER STADIUMS

The football players union said it is time to open stadia to supporters and give the small informal businesses that have been impacted by the closure a chance to make up for the income lost “during the dark months of lockdown.”

“These businesses kept their families afloat and benefitted very little from the resource that there was to apply for redemption,” said SAFPU Secretary-General Nhlanhla Shabalala.

As it stands, sports events are limited to a maximum of 2000 spectators – in line with the lockdown restrictions for outdoor gatherings.

SAFPU wants the government to allow fans to “fully support” teams in stadiums that are large enough to accommodate thousands of people while maintaining social distancing.

“The FNB Stadium is about a 90 000 seater venue. Allow fans back, not to capacity but enough so that the stands are filled in the safest possible number, which exceeds the current provision of 2000 people allowed.

“Players play better with the 12th man at their side and we saw this during the World Cup Qualifiers last year. It is time and patience is wearing thin,” said Shabalala.

The EFF’s “People’s Picket” to demand the opening of stadiums will be held at 11:00 in Tshwane on Thursday.