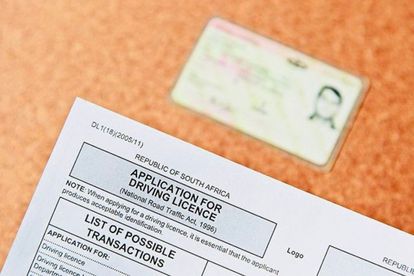 Three traffic officials were sentenced for various acts of fraud and corruption. The Road Traffic Management Corporation (RTMC) welcomed the decisions reached by the court.

The traffic officials included a license examiner, a traffic cop and a vehicle examiner. The sentences ranged from R600 to two years imprisonment.

The license examiner, Nonceba Hela, was arrested at the Temba Driving License Testing Centre in Gauteng in July 2021 after it was found that she wrote a learner license test on behalf of an applicant in Free State.

“The 30-year-old official was found in the office of the manager when a member of the National Traffic Anti-Corruption went to the centre to investigate allegations of impropriety.

“She was in the company of a male believed to be the owner of a driving school operating from the Pretoria central business district,” said RTMC spokesperson, Simon Zwane.

The anti-corruption investigation revealed that Hela had the applicant’s ID in her possession. She had also fraudulently signed the application form on behalf of the applicant.

Hela was sentenced to three months imprisonment – or she could pay a R600 fine. She was also given a five-year suspended sentence while the charges against the driving school instructor were dropped due to insufficient evidence.

A traffic officer from the North West was sentenced to four years imprisonment – with two years suspended for five years – by the Klerksdorp Magistrate’s Court for three counts of corruption.

“The 44-year-old officer, Mr Zahid Bhayad will serve two years direct imprisonment after he was arrested on the N12 between Potchefstroom and Klerksdorp in December 2017 following complaints by members of the public that he was extorting bribes from motorists,” said Bhayad.

In a separate matter, a 60-year-old vehicle examiner from a private testing station was hit with a R40 000 fine or two years imprisonment for declaring a vehicle roadworthy while it was in a police pound. He was also handed a two year suspended sentence.

The examiner, Gert van Onselen, was arrested in September 2021 in Roodepoort, Gauteng. He declared a vehicle roadworthy while it was a pound in Reddersburg, Free State.

According to the RTMC, the vehicle was impounded for the following defects: no reverse lights; no parking lights; driver’s door not opening from inside; nuts missing from front wheels and oil leaks from the engine, among other things.