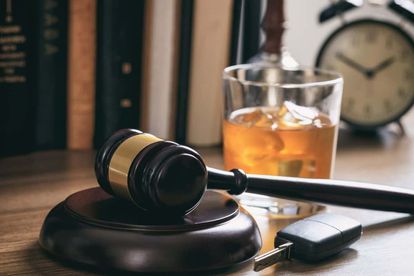 The case against the accused, Levy Ikaneng, has been postponed to 20 April 2022 by the Bofokeng Magistrates’ Court for further investigations into the matter Ikaneng faces two counts of negligent driving and failure or refusal to give blood/breath sample, both charges being in contravention of the Road Traffic Act.

Ikaneng, who is a husband to a senior magistrate, was allegedly arrested on 23 April 2016 after he knocked down a man with a Volvo sedan in Tlhabane.

“Upon his arrest he refused to have his blood/breath samples taken as he was suspected to be driving under the influence of alcohol. The pedestrian who was knocked down by Ikaneng is said to be bedridden and wheelchair confined as a result of the incident.”

LEVY IKANENG OUT ON A WARNING

The matter involving Levy Ikaneng was brought to the NPA’s attention by the victim’s family who submitted a complaint. This is after the docket was mysteriously closed without the matter being handed over for prosecution.

“Advocate Cavin Mphaga took it upon himself to probe the matter with the SAPS and three years later it was brought back into the criminal justice system for prosecution. Ikaneng is currently out on a warning and the court warned him not to interfere with the state witnesses and to avail himself on the next court appearance” Mamothame added.

The North West’s Director of Public Prosecutions, Adv Rachel Makhari-Sekhaolelo has lauded Advocate Mphaga for his unwavering pursuit of justice for the victim by ensuring that the matter is brought back to the criminal justice system.

“The NPA is serious in discharging its mandate of bringing justice to the most vulnerable without fear, favour or prejudice”, she said.