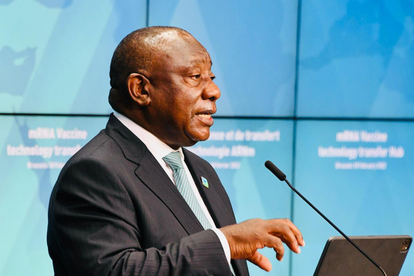 President Cyril Ramaphosa signed off on the law that seeks to regulate the content shared online in SA. Image: GCIS/ Flickr

President Cyril Ramaphosa signed off on the law that seeks to regulate the content shared online in SA. Image: GCIS/ Flickr

President Cyril Ramaphosa has approved the Films and Public Amendment Act with the new law coming into operation from 1 March 2022. The regulations primarily handle the sale, hiring and streaming of content on numerous digital platforms in the country.

Interestingly, the Act has also introduced stricter regulations surrounding the distribution of online content, including on social media, in the country.

The Act has ensured that no person may expose, including on the internet and through social media, private sexual photos or films if the following disclosure is made:

Furthermore, the above won’t apply if the individual who is featured in the material may have consented to the original creation of the photo or film.

A photograph or film is viewed as ‘private’ if, depending on the context in which it was made, it was not intended by any individual featured in it to be viewed by others.

In line with this, any person who knowingly distributes private pornographic content in any medium without the prior consent of the individuals involved, will be guilty of an offence and liable, upon conviction, to a fine not exceeding R150 000 or to imprisonment not exceeding two years.

In addition to the above, any South African who knowingly distributes ‘hate speech’ in any medium which amounts to propaganda for war, incites imminent violence, or advocates hate speech, will be guilty of an offence and liable upon conviction, to a fine not exceeding R150,000 or to imprisonment for a period not exceeding two years.

Hate speech, according to the Act, includes words that could reasonably be construed to demonstrate clear intention to cause harm and promote hatred against an individual or identifiable group.

Furthermore, the Act has clamped down on internet access providers. Any provider with knowledge that its services are being used for the hosting or distribution of child pornography, propaganda for war, incitement of immenent violence or advocating hatred against an identifiable group shall immediate remove the content or face a fine.

Interestingly, some of the changes to SA law have come under fire from members of the industry and the public. Concerns have been raised that it would be used to censor online content. This response earned the Act the title of the ‘internet censorship bill’ during its creation.