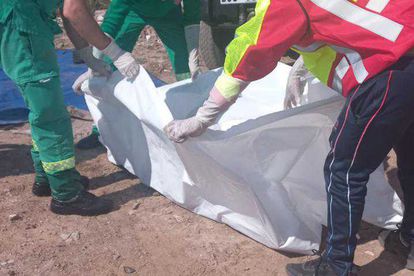 Police divers have managed to retrieve the body of a 12-year-old boy from the Seshego Dam in Limpopo following the incident that took place on Saturday, 13 August 2022 in which two boys aged 8 and 12 allegedly fell into the water and drowned.

The body of the 8-year-old was retrieved on the same day the incident happened and the search for the remaining body resumed on Sunday 14 August 2022. It is alleged that the boys were swimming and crossing the dam using white foam props as flotation devices; an occurrence which is said to be a usual practice in the area. The unfortunate situation happened when their “boat” capsized in the middle of the dam and both boys drowned.

As previously reported, the two children, identified as Kotsema Ramaru aged 9 and his 12-year-old friend Kubu Mashilo, both from Seshego Zone 5, were swimming with their friends when this unfortunate incident occurred.

The South African Police Service Search and Rescue members conducted  the search  from Saturday and had been hard at work until today at about 12h00 when they  managed to retrieve the second body.

Parents and guardians have been cautioned to ensure that their children do not engage in swimming activities unsupervised and to be wary of Seshego Dam as several drowning incidents have been reported in the area in the past.

Limpopo Police Commissioner, Lieutenant General Thembi Hadebe has commended the team for their dedication and tireless efforts in searching for the bodies and ultimately retrieving them.

The Police have opened two counts of inquest and investigations are continuing.