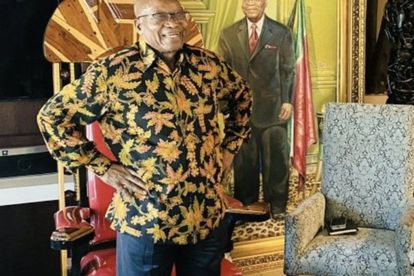 The ANCKZN elective conference is underway to elect new provincial leadership to steer the province forward. However, Jacob Zuma’s name became the centre of attraction when members at the conference sang #WenzenuZuma (what did Zuma do).

The former President under the JG Zuma Foundation has embraced the love he continues to receive from ANC KZN supporters.

“H.E President Zuma has been inundated with phone calls of people telling him that #ANCKZN loves him and have been singing the #WenzenuZuma song.

Nominations are set to begin on Day 2 of the ninth ANCKZN elective conference.
The current chairperson of the ANC KZN Sihle Zikalala is set for re-election although his campaign was marred by a step-aside resolution.

Zikalala, who believes has made significant strides in uniting the ANC, responded to #WenzenuZuma, saying many members and communities are still at pain about how Zuma was treated.

WHERE THE ELECTIVE CONFERENCE IS HELD

The ANCKZN 9th Provincial conference 2022 is being held at the Olive Convention Centre in Durban, from Friday, 22 July to Sunday, 24 July.

Do you think current KZN ANC Chairperson Sihle Zikalala will reign supreme at the conference?

With delegates showing so much love to former President Jacob Zuma, do you think President Cyril Ramaphosa will have a seamless address on the final day of the conference?