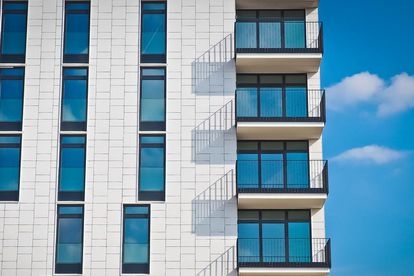 A man reportedly fell from the third floor of a residential building in Durban. Image: Pixabay.

A man reportedly fell from the third floor of a residential building in Durban. Image: Pixabay.

A man is reportedly fighting for his life after he fell from the third floor of a residential apartment building in Signal Road in the Point Waterfront area in Durban, KwaZulu-Natal (KZN).

The incident reportedly happened just after 21:00 on Saturday.

According to emergency service, Emer-G-Med, reports from the scene were that a man approximately thirty years of age fell from the third story and was found in a critical condition.

Spokesperson, Kyle van Reenen said Advanced Life Support intervention was needed to stabilise him before he was taken to a nearby hospital for further care.

“The facts surrounding the incident and the events preceding it are unclear and will form the subject of a South African Police Services investigation.”

In a separate incident, on Saturday afternoon, Emer-G-Med Paramedics responded to the scene of a structural collapse on a construction site in Mackeurtan Avenue, Durban North.

Reports from the scene were that a man was busy on a ladder when a wall collapsed, crushing his leg between the wall and the ladder.

“Advanced Life Support intervention was needed to stabilise him before he was rushed to a nearby hospital for further definitive care.”

In another incident, one person was killed and two others injured in a collision involving two taxis at the corner of Moore Road and Gale Street just before 5am on Saturday morning.

According to emergency service, ALS Paramedics, they arrived on the scene to find the two badly damaged taxi’s had collided in the intersection before one veered off the road.

“Paramedics found that one of the drivers, a man believed to be in his twenties had sustained major injuries and there was nothing paramedics could do for him and he was declared deceased at the scene.”

“Two other occupants had sustained moderate to serious injuries and were stabilised on the scene before being transported to nearby hospitals.”

ALSO READ: KZN woman killed after being dragged by a water tanker in a freak accident