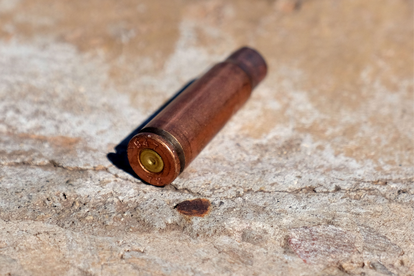 A trigger-happy suspect appeared in the Greytown Magistrate’s Court in KwaZulu-Natal for the callous murder of a father and attempted murder of his young son on Wednesday.

After more than a year on the lam, the police received an anonymous tip-off indicating the suspect was travelling to Pietermaritzburg from Matimatolo, a mountainous region in KZN.

Man on the run for more than a year

According to police spokesperson constable Thenjiswa Ngcobo, the incidents Cele allegedly perpetrated happened on 20 February last year. He was with an unknown accomplice.

Ngcobo said police opened murder and attempted murder cases at the Muden police station and transferred the docket to the provincial police for further investigations. Meanwhile, the suspects hid after learning that police had launched a manhunt for them.

The court remanded Cele in custody until Tuesday, 28 June, for a formal bail application while detectives pursue the second suspect, who remains at large.

Meanwhile, an off-duty female constable from the Table Bay Harbour police station was gunned down on Tuesday night.

According to police, the incident happened in Leiden, Delft, on the outskirts of Cape Town. At this stage, the motive for the shooting is unclear.