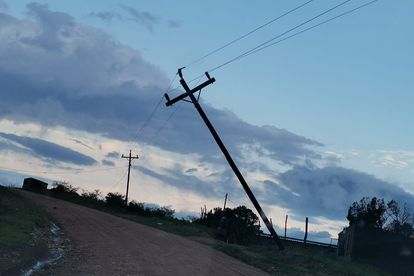 Nearly 1700 households have been affected by the inclement weather in KZN. Photo: KZN Cogta.

Nearly 1700 households have been affected by the inclement weather in KZN. Photo: KZN Cogta.

The inclement weather in KwaZulu-Natal since mid-December has had a devastating impact on the province. Nearly 1700 households have been affected by the storms and at least four people have died, including a toddler.

KZN COGTA SAYS PROVINCE HAS BEEN BATTERED SINCE DECEMBER

The provincial Department of Cooperative Governance and Traditional Affairs (COGTA) said that since 15 December the inclement weather has left a trail of destruction across large parts of the province, in a statement on Wednesday, 5 January.

“As a result of these weather conditions that occurred on 30 December 2021 alone, four fatalities have occurred, which include a three-year-old that drowned in ward 8 Maphumulo Local Municipality,” said KZN COGTA.

Disaster Management teams are assisting more than 1692 households that have been affected by structural damage and collapse, flooding, hail and hail damage. Some of these incidents are what led to the fatalities.

“Some areas experienced black-outs as a result of extensive damage to power lines after trees were uprooted by the storms,” said the province.

The uMgungundlovu (400 households) and Ilembe (300) are the most affected Districts. A part of the R74 road in Ilembe, which connects KwaDukuza and Greytown, collapsed.

The province was hit by severe thunderstorms that brought heavy rains and hail on Tuesday, 4 December, and the number of affected households is expected to increase.

The cost of the damage is yet to be finalised as the impact assessments are ongoing and the weather has not yet let up.

Hlomuka commended the KZN Disaster Management for its efforts and said residents and society at large must work together to fight climate change.

“All of us have to acknowledge that climate change is real, frequent and violent. We need to pay attention to all the severe weather warnings issued by the South African Weather Service to practice risk avoidance behaviour such as staying indoors, avoiding sporting and recreational activities during thunderstorms, and ensuring that we do not cross overflowing and running rivers either by car or on foot,” said the MEC.