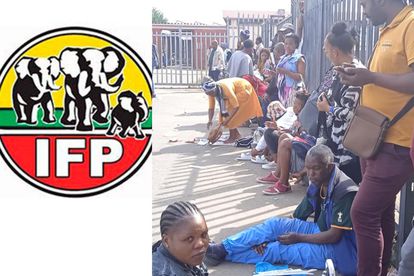 The IFP in the KZN Legislature is appalled by the long queues at many Home Affairs offices in KwaZulu-Natal.

IFP CALLS FOR HOME AFFAIRS IN KZN TO BE FIXED

IFP Caucus Chief Whip in KZN Legislature Blessed Gwala says people are forced to wait for many hours, often in the scorching heat.

He added that there is no shelter from the elements and no explanation from officials.

“And this is only the part of the waiting process. Once they have made it past the first section of the queue, several more hours follow in a dilapidated, covered waiting area.”

THE WAIT IS TOO LONG FOR NOTHING

Gwala says tragically, despite waiting all day, many people are turned away without being helped – when the office closes.

“Although employees appear to be doing their best at this office, it seems that the workload is too much for them to manage,” he assessed.

CUSTOMERS SPEAK OUT ABOUT POOR SERVICES

He continued, “This if one considers that this particular office services uMlazi and other semi-rural places like Mgababa and uMbumbulu. The township alone – located on the South Coast of KZN – is one of the largest in South Africa and is home to over 400 000 people”.

“We have been told by a frustrated community member that she was turned away at Richmond and uMbumbulu Home Affairs offices. She was informed that for the past three months the offices did not have the necessary forms needed to apply for identity documents.

“Another woman, an unemployed parent of a matric student, alleges that she has paid more than R200 trying to get her son an identity document. Even if she is successful and completes the application paperwork, she will have to come back on another day and again wait many hours to collect the identity document. She is also concerned about the time her son is missing on his schooling. The parent says she did try the online application process but was unable to complete the forms as the system seems to have connection challenges,”Gwala detailed.

The IFP calls for a swift intervention at Home Affairs offices in KZN.

“This problem of long queues and a struggle to apply for essential documentation must be fixed immediately.”

Gwala further said it appears that there is a complete disregard for the principle of Batho Pele, the foundation of SA’s public service, at Home Affairs.

“This is unacceptable and cannot be tolerated,” he concluded.