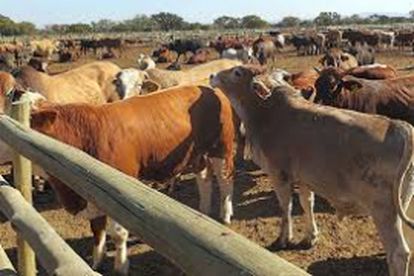 Foot and Mouth Disease has been detected in three provinces in SA.
Photo: Supplied

Foot and Mouth Disease has been detected in three provinces in SA.
Photo: Supplied

The Department of Agriculture, Land Reform and Rural Development has confirmed cases of Foot and Mouth Disease (FMD) in the North West, Limpopo and KwaZulu-Natal.

Last week, the Department of Agriculture in KwaZulu-Natal placed a total ban on the movement of livestock in northern parts of the province following an outbreak of Foot and Mouth disease.

The department said a case of Foot and Mouth Disease was confirmed on a commercial stud farm in the North West after the Provincial Veterinary Services conducted epidemiological investigations, following reports, and positive laboratory results confirmed the diagnosis.

The department said the farm and other linked farms have been placed under quarantine, while further surveillance in the area is being conducted to determine the extent of the outbreak.

An outbreak was also detected in the previous Foot and Mouth Disease-free zone at Collins Chabane Municipality in Vhembe, Limpopo, in March 2022.

According to the department, the infections were detected in two locations in the former disease-free zone, involving cattle in communal grazing areas.

“One of the two new infected locations is in the Disease Management Area (DMA), which was declared in January 2019 and remains in place, while the other is north of it. Other locations in the area with clinical signs suggestive of FMD are under investigation.

“This outbreak is most likely due to spill-over from an outbreak in the adjacent FMD Protection zone, which was detected in March 2021. There are permanent movement restrictions in place in the protection zone, preventing the free movement of cloven-hoofed livestock into the FMD free zone.”

The department urged all farmers, including livestock owners, members of industry and other stakeholders to abide by the movement restrictions in place in both Limpopo and KZN DMAs, and the restrictions within the affected areas.

One of the farmers in KZN said this will hit them hard as they rely on and make a living by selling cows.

“Cows are our only hope. They are our source of income which enables us to buy food. Right now we don’t know what is going to happen because they (cows) are sick,” the farmer said.